House Permanent Select Committee on Intelligence Chairman Devin Nunes may not have completely vindicated President Donald J. Trump’s earlier tweeted allegations that his predecessor had his “wires tapped” at Trump Tower, but he came very close to doing just that Wednesday afternoon.

In fact, the new information sent to Nunes was so important the California Republican felt the need to go brief the president himself. According to intelligence information given to Nunes earlier in the day, Team Trump indeed did fall under intelligence surveillance, and what’s worse, individuals watched may have been improperly identified, or “unmasked” in intel parlance, in the process.

As reported by Bloomberg News:

After making his disclosure at the Capitol, Nunes headed to the White House to brief the president on what he had learned. Trump then told reporters gathered for an unrelated event that “I somewhat do” feel vindicated by the latest development. “I very much appreciate the fact that they found what they found.”

The chairman went on to say this, as well – the surveillance appears to be legal, meaning three things: 1) someone in the Obama administration had to order it; 2) there had to be some justification for it being ordered; and 3) there is very likely a paper trail regarding the surveillance that would answer the first two items. (RELATED: After Comey Confirmed Trump Investigation, The Question Becomes: Who In The Obama Administration Ordered It?)

Politico added that Trump himself may also have come under surveillance:

When asked by reporters where Nunes came by this new information, he said it was provided to him from “sources who thought that we should know about it,” Politico reported further.

“Details with little or no apparent foreign intelligence value were widely disseminated in an intelligence community report,” he noted, adding that he wasn’t sure if Trump’s “own communications were intercepted.” But he did say despite FBI James Comey’s assertion Monday before Nunes’ committee that he had “no information” to support Trump’s tweeted allegations earlier this month, “it is possible” those tweets were correct, after all.

The disclosure may bolster Trump’s effort to back up his disputed claim in Twitter postings that former President Barack Obama tapped his phones, which his spokesman later said shouldn’t be taken literally and referred generally to having his team under surveillance.

In his daily press conference, White House spokesman Sean Spicer expressed additional concerns about what this new information may indicate, as well as the implications of the actions involved. (RELATED: CONFIRMED: Trump surveillance DID happen, House Intel chairman says)

“An American citizen who’s caught up in a surveillance has, by rule of law, has their name protected,” he told reporters. “The idea that individuals’ names were unmasked and let known suggests — raises serious questions. Why was that name unmasked, what was the intention of doing that?”

Nunes said he is expecting additional information from U.S. intelligence agencies on Friday after his committee requested it from the CIA, FBI, NSA and others. The committee is scheduled to hold another public hearing next week with Obama administration officials including one-time Director of National Intelligence James Clapper, former CIA Director John Brennan, and former acting Attorney General Sally Yates, whom Trump fired after she refused to defend his first travel ban in court.

Former National Security Advisor Michael Flynn’s name has already been unmasked. Nunes said the Intelligence Committee is investigating how and why it happened. 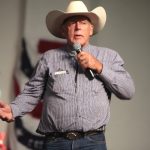 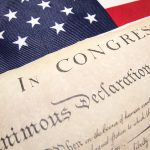 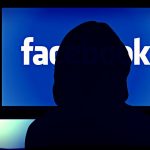 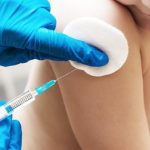 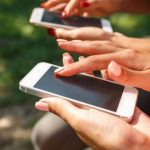